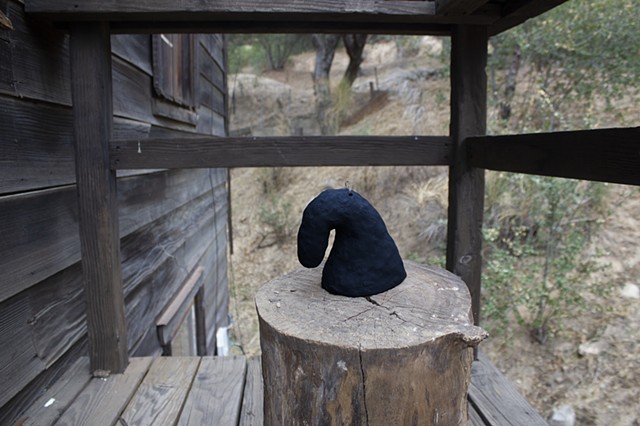 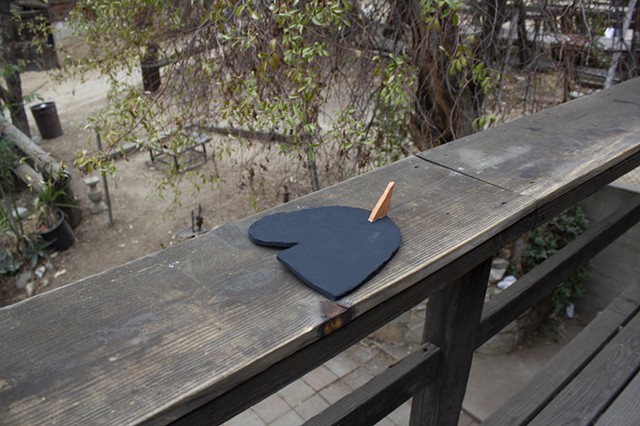 Let's think about how the earth is spinning around the sun and all the creatures who are alive today and were alive, and our place in the world, a unicorn sundial. 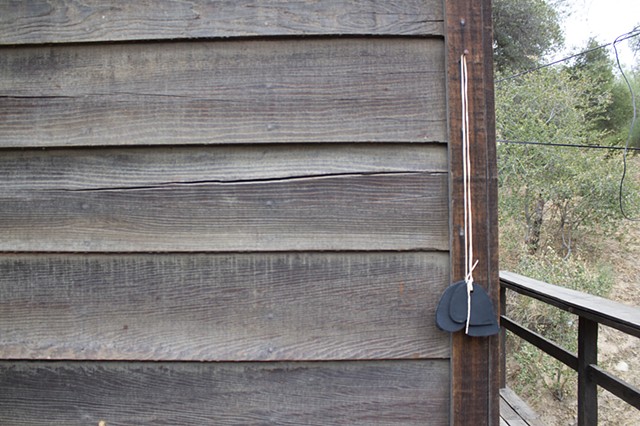 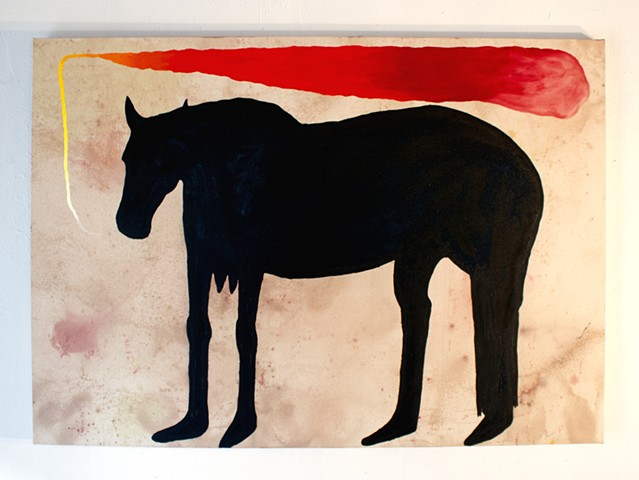 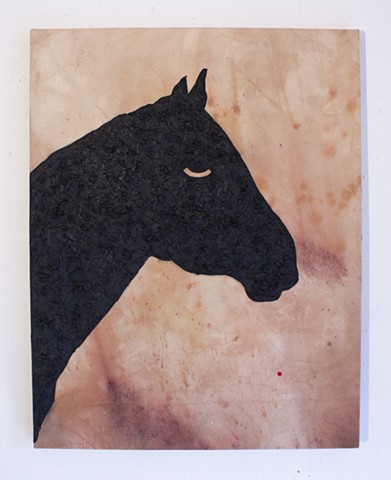 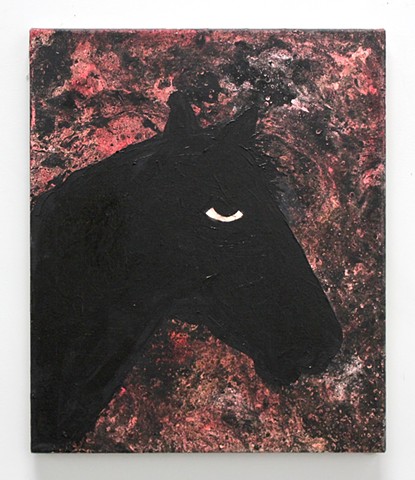 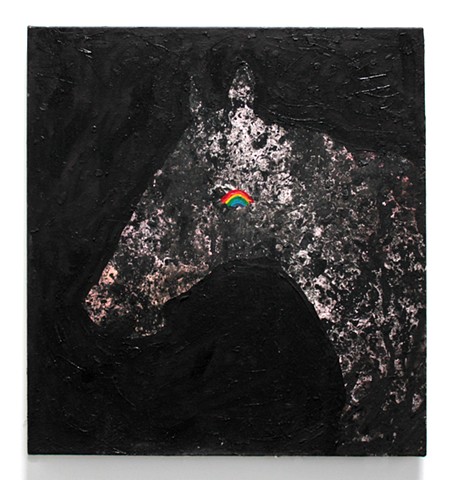 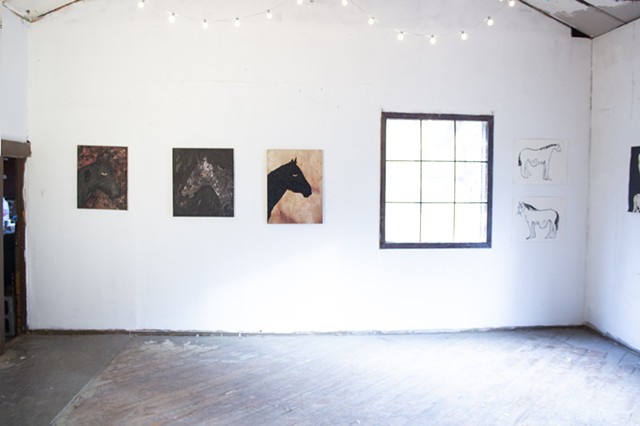 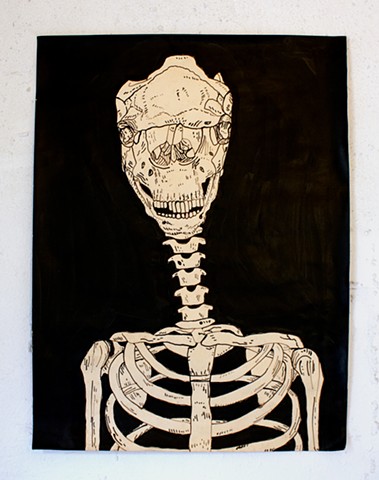 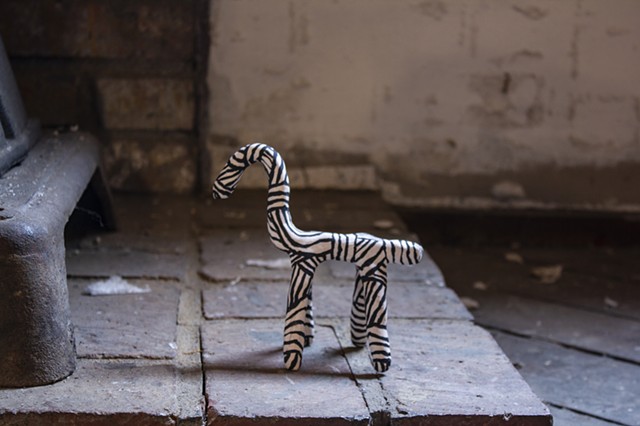 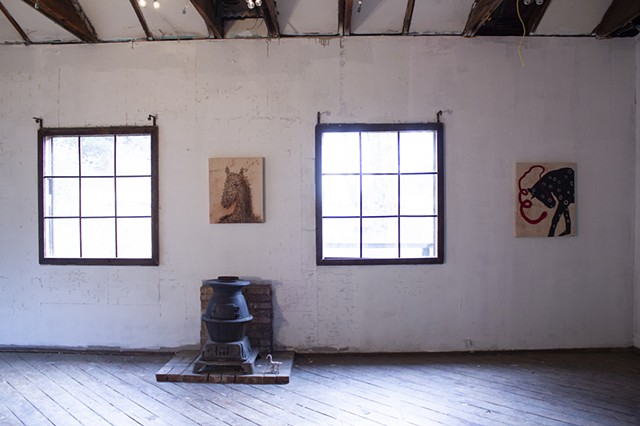 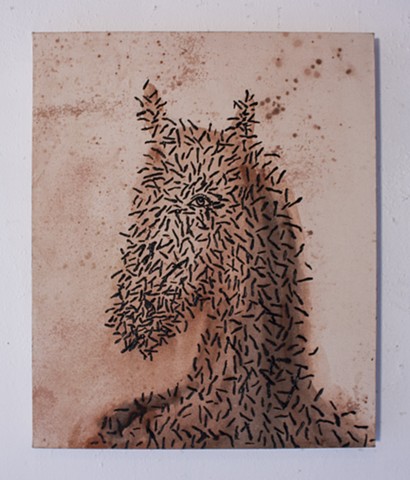 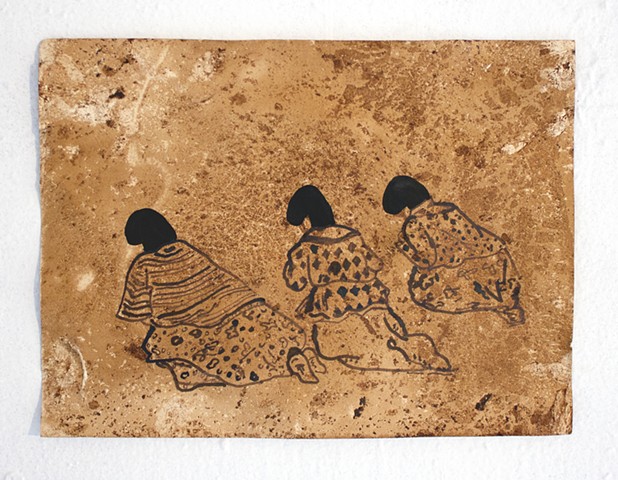 Perhaps the Matriarchy has been Here all Along
india ink, black walnut ink, and tea on paper 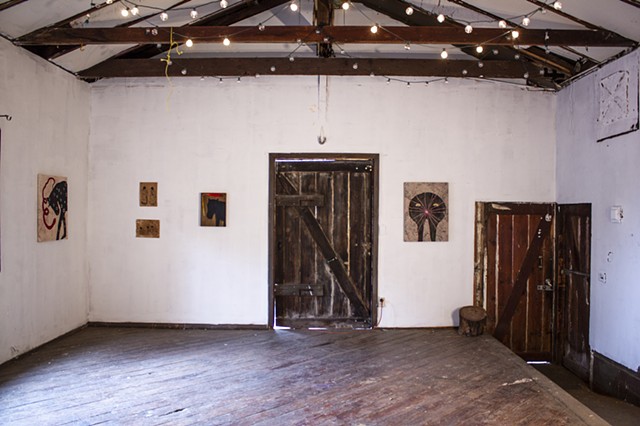 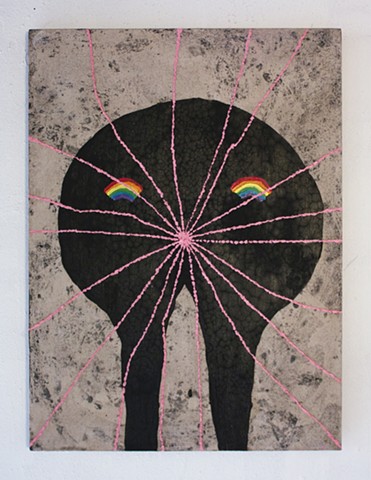 The Wild Ass
oil and marble dust on linen 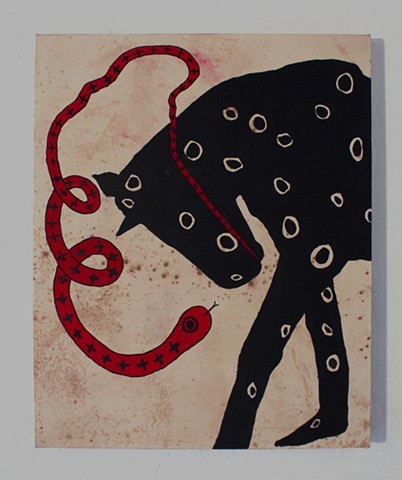 xxoo or why can't we be friends, or the myth of both sides and how that false dichotomy obscures a truth that we are all running from pain and rarely diagnosing it correctly
oil, casein, tea, and household dyes on canvas

Zorthian Ranch is pleased to host Horsewomen, a show of new work by Akina Cox, curated by Sarah Williams. Horsewomen mines the story of the Amazons to navigate the current political climate.

There is evidence that the Amazons originated as followers in the cult of Demeter, also known as the Black Mare. Her priestesses were known as her foals, and would don horse masks for ceremonies. The Amazons rebelled against the Greek patriarchy, but lost their battle and were imprisoned on ships. They overtook their captors, but not knowing how to sail, crashed the boats on the shores of the Black Sea. Once there, the Amazons stole horses from nomadic tribes and made their way through Ukraine to Central Asia, never to be heard from again.

Historically portrayed as barbarians, the Amazons simultaneously captivated and repulsed Greek audiences with their claims of equality. Often described as tattooed, wearing animal skins, and offensively feminine leggings, the portrayal of the Amazons was clearly meant to indicate their vulgarity, to visually underscore their incongruity with Greek life. For centuries, these depictions were interpreted by male scholars as proof that the Amazons were only myth, overlooking the mounting evidence pointing to the Amazons’ historical existence.

Through their bond with horses, which enabled them to both flee and fight society, Amazons were able to find their freedom. They recognized this bond by naming themselves after their horses. In Horsewomen, Cox imagines how their story continued. Did we stop hearing about them because they and their horses melded over time? Did they realize that they could escape the male gaze by giving up their humanity? Were they able to find their freedom by becoming horses, running wild on the steppes?

In Horsewomen, Cox uses craft materials made by female bodies and mined from the earth. Casein, a milk-based medium, is prominent in the show. So is egg tempera, ivory black made from charred bones, clay, tea stained paper, black walnut ink, and raffia. Horsewomen is an exploration of escape and growth. How do we try to fight against a power that seems all encompassing? When do we give up? Is it possible to start anew, or will our past poison our future? The creatures depicted in Horsewomen breathe fire and birth children. They are strong and wild, yet interconnected. Horsewomen will be presented at Zorthian Ranch, a 50 acre ranch on the outskirts of the city of Los Angeles, in Altadena, California. Zorthian Ranch was founded by Jirayr Zorthian, an artist and survivor of the Armenian Genocide. Zorthian Ranch has long been a refuge for countless artists and musicians, including Charlie Parker, John Outterbridge, and Andy Warhol. Horsewomen will be presented in the lower barn, across a path from horses. Horsewomen is open to the public on Saturday, November 10th, from 2-6pm. Zorthian Ranch is located at 3990 N Fair Oaks Avenue, Altadena, CA 91001. The parking lot for the lower barn is across the street from Summerkids Camp.

Akina Cox moved to Los Angeles in 2003 after being raised in the Unification Church. She graduated from CalArts with an MFA in 2012. Her work has been included in exhibitions at Commonwealth and Council, Monte Vista Projects, and LACE. Her artist books have been published by New Byzantium Press and Golden Spike Press, and can be purchased at Otherwild in Los Angeles, Art Metropole in Toronto, and Printed Matter in New York City.

Sarah Williams is a co-founder and Executive Director of the Women’s Center for Creative Work. Born and raised in Hawthorne, CA, Sarah returned to Los Angeles in 2006 to attend USC’s Curatorial Practice in the Public Sphere M.A. program after receiving a B.A. in Art History from the University of California, Santa Cruz. Since then she has been producing projects, exhibitions, programs, events and publications with ForYourArt, WCCW, CLOSING, and the Art Book Review.